Bartees Strange released two records in 2020 that are just ridiculously good - an EP of The National re-imaginings, as well as his full length debut, Live Forever.

When I saw he'd posted on Twitter that he was hoping to be interviewed about gear and his sound, I took a shot at requesting one through Performer Magazine. I really enjoyed the conversation and his perspective on life and music.

Check out the interview here: 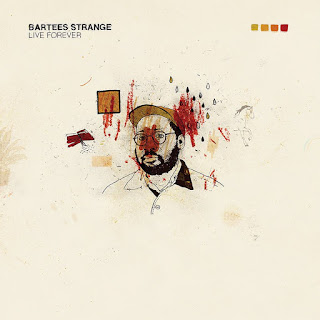 March 02, 2021
Like a lot of folks locked-down during the pandemic, I found myself with a desire to do something positive with the stressful energy building up inside me. That led me back to the creative comfort food of songwriting, which has always been a way for me to get lost in the moment in a different way than other forms of writing. I also had a tremendous amount of fun messing around in GarageBand, recording new instruments and playing with the tools in the program. It was a lovely distraction from everything happening this year. The five songs on this EP  are part of a larger batch I wrote and that may find themselves on other projects, but they felt of a piece and of a time - written and recorded in my home office/guestroom (dubbed the Nana and Papa suite). It's been a refuge for me, and I hope you enjoy what came out of it. Check out Home Office Suite on Bandcamp here: https://themeltedcoins.bandcamp.com/ And the Melted Coins website here:  https://www.themeltedcoins.com/
Post a Comment
Read more